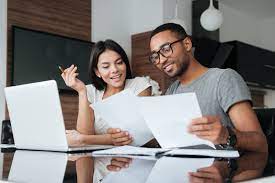 Hashish & Cannabis : An explanation for neophytes

Hashish is nothing more than the resin obtained from the thin inflorescences or appendages from the plant Cannabis sativa or Indian Hemp. It is thus the result of processing small clear filaments found on the plant, better known as “trichomes,” and whose secretions produce the characteristic resin that becomes the protagonist of our in-depth study today.

In turn, newcomers to the field may find it helpful to know that Cannabis is an annual herbaceous plant, and that the flowers of this species are capable of producing an extract from which particular active ingredients are obtained, capable of bringing effects of various kinds on the entire human organism.

From cannabis, a plant belonging to the Cannabinaceae family, various substances such as hashish and marijuana are obtained in varying concentrations. All of the plant’s drugs fall under the umbrella of cannabinoids, or more simply Cannabis.

There are about sixty active components that can be found within, but the most important are THC, tetrahydrocannabinol, CBD i.e., cannabidiol, and finally CBN, cannabinol.Their concentrations may vary according to the botanical species themselves, but cannabis derivatives are mostly known and widespread by virtue of their psychoactive effects.

Hashish effects, what are they?

Having introduced the above, we share in this introductory part of our in-depth study the fact that what we commonly call as hashish is an integral part of drugs that have narcotic properties, capable of altering certain types of perception.

It is therefore a substance that acts on psychic functions, and contains principles that can alter the psycho-physical state of any subject, of any age, although in different ways, and with different levels of incisiveness. In fact, the effects of hashish can vary from subject to subject, and are therefore uneven.

Having clarified this, let us also remember that hashish is generally smoked, and often its consumption is also linked to the addition of tobacco (smoking cannabis together with tobacco is another very common practice and it is called a “Spliff“, although purists in the field advise against this type of activity, because one would end up spoiling the typical aromas of cannabis and, moreover, burdened with the negative ones of tobacco).

Cannabinoids, produced by all varieties of cannabis, are narcotic substances that enjoy a large number of active ingredients capable of altering, in the subject who has taken such a product, behaviors, actions, perceptions, mood, state of attention or wakefulness, and much more.

We have already pointed out, moreover, that the effects of the use of hashish, a substance that is generally smoked but can also be ingested, have different magnitudes depending on the person, his physical and mental condition, and his general status at the time he takes the substance (and as already seen, the effects due also to the possible and possible co-presence of tobacco intake are to be taken into account).

Now, it should evidently be borne in mind that the side effects of hashish are usually attributed to one of the main components, namely THC, the active ingredient tetrahydrocannabinol, which, interacting with particular proteins present on cell membranes, releases dopamine and generates pleasant sensations in the body.

Related to these sensations are those of relaxation, euphoria and decreased physical reactivity to cases not only of physical relaxation but also of actual drowsiness. Another effect may be that of a momentary and uncertain increase in sensory perceptions, such as that of hearing, smell, and sight, especially under nocturnal conditions.

How long do the effects of Hashish last?

Still, other side effects of hashish may be those attributable to the stimulation of appetite and gastro-hepatic functions in general.

In addition, the active ingredients contained in hashish also have sedative and narcotic properties, capable of disinhibiting the nerve pathways related to the sensation of pain. Not surprisingly, the use of cannabis has also been introduced in the therapeutic field and is used for certain types of therapy.

Cannabis is then used therapeutically and becomes a pharmaceutical option if there is a need to relieve pain, chronic disorders, injuries, arthritis, fibromyalgia, and rheumatic and neuropathic diseases in general.

Usually the product can also be prescribed following physical pain caused by oncological diseases, perhaps following invasive therapies. The reason is quite simple: in fact, hashish also has sedative properties and has good anti-spasmogenic effects.

Finally, the plant’s ability to stimulate the sense of hunger also allows it to be consumed by patients with anorexia: the mechanism that promotes increased hunger is attributable to the activity of THC. In any case, doctors can usually prescribe this treatment on a temporary basis, with a few months of treatment, because the effects of cannabis are often uncontrollable and because it can easily foster some addictions.

Of course, we recommend that you take a look at our many other in-depth articles in this area so that you can learn more about having detailed information about hashish use and all its possible effects!

What Happens when I smoke Hashish for the first time ?

When we talk about the use of hashish and cannabis, and especially that related to the therapeutic purpose, we are referring to an activity that today is possible to do in a completely legal way thanks to the Hash light products that you can find on our site.

So we are talking about something that is far different from the abuse that is sometimes made of it, especially among young people and teenagers who want to experience something “new,” going after the typical “high.”

Often, however, behind a pleasant initial feeling can hide real damage that is capable of altering cognitive processes. So, it is the abuse of these products, that is, the excessive consumption of hashish, that can lead to a real psychological dependence that generates negative effects on health, not only physical, but also mental.

It should also be kept in mind-we made quick mention of this a few lines ago-that the effects of taking hash are not always the same, and that in any case, abuse leads to an obvious addiction, which is not always easy to manage: quitting, in fact, for the patient who is affected could be complicated, because the intake of such drugs gradually leads to the condition of addiction.

In turn, psychological dependence generates negative effects on the body and mind and can also lead to even more serious consequences such as personality disorders, loss of control, loss of contact with reality and autonomy; sometimes the intake and subsequent addiction can also cause illnesses such as depression, schizophrenia, as well as disorders such as psychosis, fear, anxiety, paranoia and panic attacks.

In any case, it is good not to jump to hasty and general conclusions. In fact, it must still be noted that the effects of taking cannabinoids remain different from person to person: there are the short-term effects, that is, those that fade after a few hours, and then the long-term effects, which can last for a long time, with serious psychological and physical risks that should not be underestimated.

One of the immediate side effects is related, for example, to increased heart rate and a slight feeling of relaxation or, in some cases, actual drowsiness; subsequently, the eyes become shiny and red, due to the vasodilator effect typical of these substances.

Sensory perceptions also increase, even to the point of achieving ecstatic experiences capable of distorting reality; the mouth is dry and salivation is reduced; appetite increases, especially at the next moment, that is, at the moment when the effects due to intake begin to diminish, and blood pressure drops.

Loss of sensory perception of reality can cause dizziness, unsteadiness and lack of coordination of movements, even the simplest and most mundane ones. The side effects of hash also include a temporary decline in memory, especially short-term memory, which can lead to nullifying the cognitive capacity of the subject, who may unconsciously perform actions and behaviors even outside his or her own will.

The first side effects in the long run may become more pronounced, to the point of causing serious and irreparable damage: memory losses increase; moods are more altered; and sleep-related problems are intensified, even to the point of generating hallucinations and insomnia problems.

The danger of addiction and withdrawal times

All the effects caused by hash hide a much more serious risk, and that is the danger of Addiction. In fact, the human brain can easily adapt to the intake of this substance, to the point where it will begin to change its functioning little by little.

A long period of abuse could impair this functioning forever, to the point where normal activity is no longer resumed, even when one stops taking the substance permanently.

Related to the danger of addiction are withdrawal symptoms: the time leading to cravings for new intakes of hashish becomes relatively short and decreases over time. The effects of hash, it is true, are variable depending on the subject, but repeated intake always causes habituation and difficulty in abstaining.

As early as a few hours after using hashish there are clear withdrawal symptoms; if consumption is then mixed with other substances, such as alcohol and tobacco, the effects then can be worse, addiction greater, and withdrawal even more difficult.

However, the analgesic effect of hashish has prompted people to look for positives in the substance; proper use in fact could be really useful and beneficial, helping in the treatment of some disorders and diseases. Still far from the liberalization of hash consumption, however, some taboos have finally been put to rest, thanks to Science.

Hash and Cannabis that doesn’t get you High

The effects of cannabis are obvious, yet if THC concentrations are greatly reduced, there it is, and only its benefits pop up.

We speak in this case of light hashish / cannabis, whose tolerated limit of active ingredients must not exceed a concentration of 0.2 percent tetra-hydrocannabinol; higher than this percentage, on the other hand, is the presence of CBD, cannabidiol, a substance found in cannabis sativa, but which does not act on the psychic processes of those who take it, and which, on the other hand, possesses antioxidant, relaxing, anti-inflammatory and antipsychotic effects, as well as lowering pressure in the inner part of the eyeball and promoting sleep thanks to its relaxing effects.

Regarding the effects of light hashish you can visit the various sections of our site, in which we have repeatedly explored the topic in depth.

Finally, we conclude by reminding you that light cannabis is always derived from the drying of the female inflorescences of hemp sativa but, given the characteristics of the product, there will not be a “high” effect in those who use it, but rather a relaxing effect with no particular contraindications.

Consumption of light cannabis can induce a form of addiction quite similar to that which occurs when smoking cigarettes. However, the use of the light version together with tobacco is not recommended, as the consequences may vary from simply taking the product used alone.

Previous Post
Driver Z Driving Resources: The Most Effective Ways To Improve Your Driving Skills
Next Post
What Are A b2b wholesale suppliers And Manufacturers